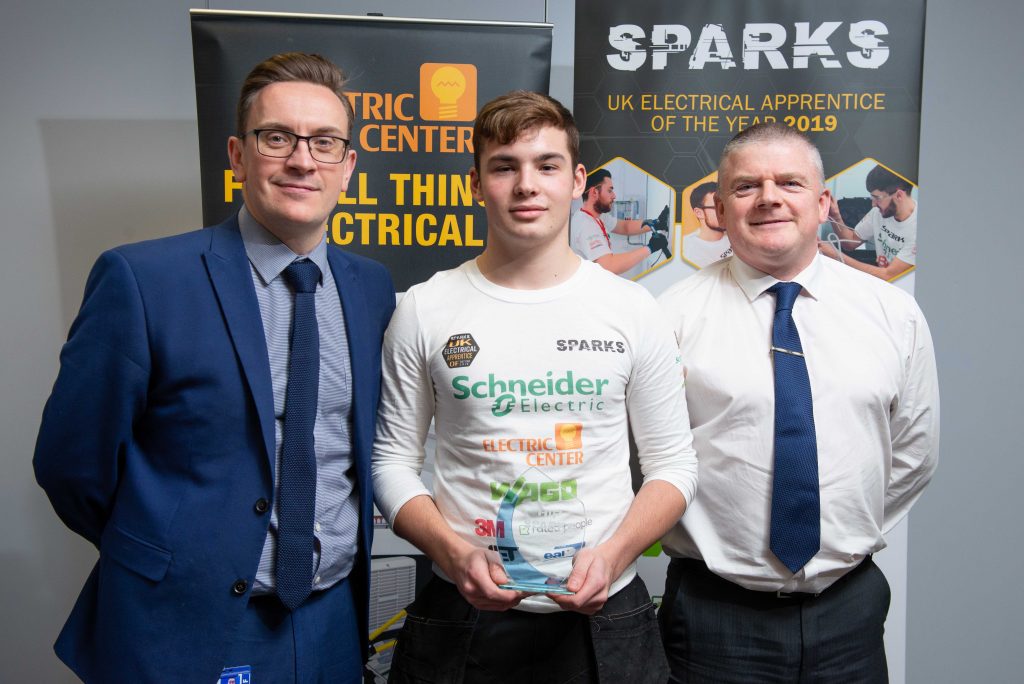 Zack (17), who studies at the College, is undertaking his apprenticeship with Avon Electrical and will now compete in the national SPARKS UK Electrical Apprentice of the Year competition, taking place in Bracknell, later this year.

The North West SPARKS competition featured more than a dozen electrical apprentices, who were tasked with solving a complex wiring system, which had to be completed in under a strict five-hour time frame, whilst at the same time, testing the knowledge, technique and thoroughness of the apprentice.

Zack, said: “I’m delighted to have won the contest. It was a great challenge and I’m looking forward to taking part in the finals later this year. My experience both at College and with Avon Electrical has really helped me advance my electrical knowledge and skills, progressing at each stage to work more and more on complex jobs, both large and small.

Gareth Read, Managing Director, Avon Electrical, added: “Everybody at Avon Electrical is delighted for Zack. He is a hard-working and dedicated electrical apprentice and his skills have certainly impressed us. Zack has a bright future in the industry and winning this NW competition exemplifies his future potential.”